Near the end of my previous article, discussing why casinos’ concerns about millennials are overblown, I inferred that social media, and slot machines, both have similar power to tap into the brain’s reward center. I buried this in the last paragraph, but the parallels between social media and slot machines are quite interesting, and I’m far from the first to notice them.

To sum up the previous story, I claimed that as they grow up, millennials would eventually have higher rates of casino participation than today’s seniors, despite forecasts arguing the contrary. This prediction is based on a few factors:

It’s the last bullet point that is most fascinating. Some casino executives, like Caesars CEO Mark Frissora (who I quoted), want slot machines to radically change overnight. This type of thinking, and money thrown at it, is likely to fail. But taking a long view — targeting today’s millennials 20 years from now, realizing that plenty of them will grow into slot players — will pay off extremely well. Their brains are already being molded to crave variable ratio rewards, at a much younger age than any previous generation. The key difference is social media, which is prepping millennials to crave exactly what slot machines dole out so efficiently.

The same brain circuits that are activated by eating chocolate and winning money are activated when teenagers see large numbers of “likes” on their own photos or the photos of peers in a social network, according to a first-of-its-kind UCLA study that scanned teens’ brains while using social media. — University of California

In short, a social media post is just like a slot machine pull. You make a bet, but instead of money, the cost is time, effort, thought, or craft, in pursuit of a reward — again, not money, but adulation, validation, confirmation, affirmation (conveniently distilled into likes, retweets, views, followers). And just like a slot machine, those rewards are generally distributed randomly. Some posts may go virtually unnoticed (losing spins), some get a handful of likes or comments (small wins), and occasionally one gets significant attention (a nice win). A jackpot, which most people never experience, is a truly viral post that raises its author from obscurity to celebrity.

You might get giddy when someone ‘favorites’ your posts … you can start chasing that good feeling or chasing that excitement and over-invest in it. And just like with a gambler’s addiction, you don’t get paid off every time. You only get paid off once in a while and that makes a strong allegiance to that slot machine.— Scott Bea, Psy.D, psychologist, Cleveland Clinic’s Center for Behavioral Health

Most popular sharers will tell you they went months or years without much traffic, until finally one post caught people’s attention, got shared extensively, and raised their profile. Just like a stingy slot machine that causes frustration, annoyance, heartache, until it finally, unexpectedly, pays off big. And of course, when that happens, the credit meter lights up and goes into overdrive. 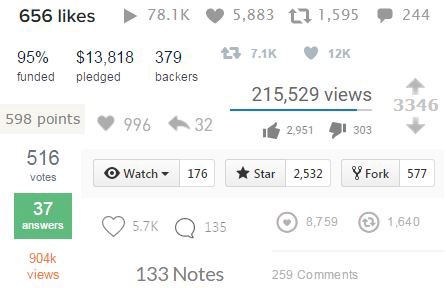 So if you have a generation whose brains have adapted very early to this intermittent reward cycle, and reinforce it over and over for decades, what’s going to happen at the other end? Their brains will be optimized and streamlined to seek and experience these rewards. And as the ability to earn them via social media diminishes (why? how many 60-year-olds do you follow?), the slot machine will become an ideal substitute. It delivers the same rewards, faster, and without effort — instead, the input is money. This combination — brains primed to receive, even expect, frequent variable rewards, and machines optimized to deliver exactly that — will result in the generation with the highest percentage of machine players. If they don’t look or act exactly like the slots of today, it will only be because designers have found even more effective ways to tap into our nerve centers.

Professor Peter Cohen [Director of the Centre for Drug Research, Universiteit van Amsterdam], a researcher who challenges traditional notions to do with addiction, argues that human addiction stems from our deep need to form connections with one another. If we’re not able to connect, we’ll turn to something else to substitute this satisfaction. According to Cohen, this is why we pursue habitual feedback loops, whether that means turning to chemical substances, the slot machines, or incessantly checking our social media profiles. — Vinaya

The irony is that slot players are sometimes described, disdainfully, as “zombies,” for staring at screens and clicking buttons over and over. But the most valuable companies of the 21st century are celebrated for exploiting this tendency, and millennials’ self-indulgence is excused as “being social.” In reality, most social media is consumed alone, without human interaction. Further, most users realize that to be successful, s/he must submit to the conventions, patterns and reinforcement signals designed by the company, even when they contradict their true feelings or mask a genuine reaction.

Facebook use indulges self-construction, just as machine gambling indulges fantasies of jackpot wealth … These fantasies make us willingly collude with the platforms’ business models — they prompt us to give away our information, give away our money, as we fetishize the process of giving them. Getting into the “zone” and staying there is a form of productive labor that workers essentially become willing to pay to perform.— Rob Horning, Executive Editor, The New Inquiry

Just like previous generations, the majority of millennials will have minimal or casual interactions with casinos, even as they age. But early brain and psychological studies are finding that young brains are being conditioned to crave gambling-type rewards. Large numbers will find comfort in the simplicity and passiveness slot machines provide. Alternatives to gambling will certainly exist — Candy Crush, VR gaming, video game tournaments, stuff we haven’t thought of yet — but slot machines have a greater likelihood, based on precedent, of appealing to current millennials as they age.

Still think millennials won’t come around to slots? Want to tell me where the flaws are in my argument? Comment below.

If you’re a casino executive seeking strategic thought based upon data, experience, and common sense, talk to us at Centerfield Nine.