“I went to Las Vegas myself and it just didn’t interest me at all. I was waiting to get out of there, to go to the next spot, to see the next sight-seeing place, really. The idea of sitting in the one spot and just feeding money into a machine and having no real control over the outcome: it doesn’t interest me at all.” — Rae Johnston, Gizmodo Australia 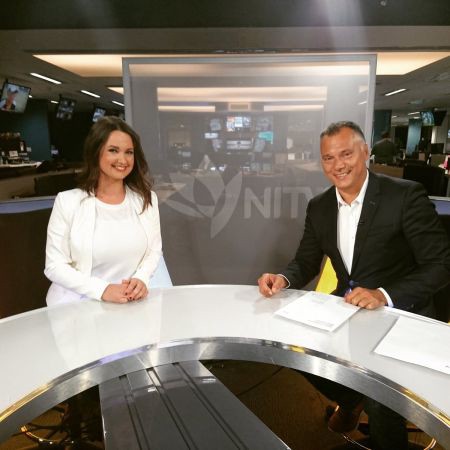 Opinions similar to Ms. Johnston’s have sent some casino executives into a panic recently:

“Are you kidding me? … These games need to change, the time is now.” — Mark Frissora, CEO Caesars Entertainment

Contemplating a generation with no interest in slot machines and gaming floors bereft of players, their focus has shifted to developing gambling opportunities that will appeal to millennials, whose lives deeply embrace technology. After noting the demise of a formerly-dominant gambling industry, horse racing, it would appear that preparing for the future, ahead of any potential problems, is a savvy business strategy for casinos. But is it?

It’s no surprise that millennials and Gen Y (basically, people under 35), currently comprise a very small fraction of all slot players. The question is whether their behavior will change as they age. Will they continue to disregard slots, and gambling in general? Despite arguments that young people crave social and participatory experiences, there is really no reason to suggest that they won’t change. Sure, right now they have endless alternatives for entertainment. But time and age changes us all. Music festivals and bar crawls and video games simply aren’t as appealing to most people at 50 as they were at 25. Millennials might argue that they are too sophisticated to ever find slot machines entertaining, or that they are economically disadvantaged, or that their many commendable social causes will keep them occupied. That’s similar to the argument “when I grow up, I’ll be the cool parent.” When today’s most frequent casino players were young, they went to Woodstock, fought in or protested Vietnam, marched for civil rights, lived through gasoline shortages, double-digit inflation and unemployment rates, and even survived disco. Would anyone have predicted this group would eventually find slot machines so appealing?

So when Ms. Johnston confidently claims she has no interest in slot machines, hey, that’s ok. Casino executives already understand that 70, 80, maybe 90% of millennials will never become highly-frequent players. Not because they are different, but because that’s in line with current patterns. In 2012, less than 1/3 of adults in the U.S. gambled in a casino at all (page 25), and if we extrapolate via the 80/20 rule (which is conservative — regional casinos may generate 90% of gaming revenue from 10% or less of their customers), then the bulk of casino revenue is derived from about 5 or 6% of adults. So even if a majority of millennials never end up gambling much, it won’t be any different from today.

And despite what she thinks right now, Ms. Johnston has virtually no ability to predict her own attitude 20, 30, or 40 years in the future. Young people simply can’t conceive of the mindset that accompanies getting older. Rebellious youths generally turn establishment as adults. No young people anticipate purchasing a minivan, or losing interest in new music, or what retirement will be like, financially or emotionally.

Casino executives should take comfort knowing that even if they aren’t currently gambling much, millennials have unprecedented exposure to casino properties. 30 years ago, the only legal casinos were in Nevada and Atlantic City. Las Vegas visitor volume has nearly tripled since then (15.2 to 42.3 million), and the proportion of visitors under 40 is growing. The vast majority of today’s gamblers aged 65+ had probably never stepped foot in a casino in their first 30 years alive, while casinos are nearly ubiquitous for today’s millennials. From an ethical perspective, the concept of casino gambling as a sin or a vice has evaporated. One could project that increased access to and comfort with casino properties early in life will eventually lead to much higher participation, as millennials age.

So while it’s never a bad idea to anticipate future trends and try to adapt to them, prematurely (and publicly) writing off the most crucial and successful engine of profitability may be a bit irresponsible. Do slot machines need to evolve? Certainly. But slots have always been evolving, and are vastly different than those of 10+ years ago. Anyone who can’t see the changes is simply ignorant. Just as social media has become better at tapping into the human brain’s reward system via liking, swiping, sharing, affirming, linking, etc., slot machines have also become much better at increasing engagement, and will continue to do so. And by the time millennials are middle-aged, slots will have been refined even further, to match their mindset and desires quite well. Maybe Ms. Johnston will even give them a try.

Read why millennials will gamble more than today’s seniors in part 2, here